When we feel affection, we describe the fondness through the intricacies of nature. Two hearts interlaced like wild vines. Tender eyes as deep as oceans. Minds spinning yarns that expand as far as the milky way. We dissect this human emotion into what we see around us, – the forests, oceans, and caves…majestic and ethereal. Words fail us in the moment, but we gaze at the landscape that makes us feel an instinctive compassion. But what happens when we do not have that anymore? When the sea levels rise to eradicate life? The sun loses its glory as it decays crops?

Trees writhe on the floor and bushes burn into ashes. Charred animals sprawl on the ground with their breath intertwined with fumes. Icebergs melting into oblivion.

Our Earth is hurting.

This is an unflattering indictment of the degradation of the planet we call home. I was first exposed to this reality in year seven, about five years ago. The timetable read “Geography” and I remember the teacher had left the cursor on top of the screen; a stern face directed towards the sea of students. With a deep voice, he uttered “Listen, guys, put all our books and pen down. I just want nothing but your undivided attention towards this”. What were we watching? ‘An Inconvenient Truth’ by Al Gore.

Now, we were all impressionable early teenagers jumping in our seats that we did not have to write anything for the lesson. But what I saw in that documentary has transcended beyond my years.

The Earth is a hot mess right now. We have media coverage of protests and strikes with individuals of every age striving towards the cause of an eco-friendlier world. But when I sit back and look at it, I do not see this as a movement anymore.

What we are witnessing is a lifestyle. Raising one’s voice for the benefit of the landscape, flora, and fauna has become an innate constituent of the culture of the modern age. And for once, we have young people playing a role on par, and some would even argue, a significantly greater push than anyone else. But sometimes, we are not taken seriously and that is a pressing issue.

In the last few years particularly, we have seen an outburst of support from young people going on strikes to voice their concerns for the environmental issues at hand. You have school goers missing a day of school to make a statement. You have recent high school graduates giving up their time and energy and investing in the cause of pushing out sustainable ideas to be pursued. You even have little children who made their parents take off work just so that they can take them there too. This is a statement of intent.

The fact that we are smaller in age and physicality does not seem to intimidate them. Because there is a desire in their approach. There is pure, uninhibited determination towards a common goal. They are fighting for causes that previous generations may not have thought of as highly. And it is working. It has brought climate change, in this instance, towards government discussions.

So, as I sit here behind my computer screen contemplating whether my carbon footprint is too much, I ponder about the situation. The world is changing in ways that are detrimental to how we live. If we lose nature, we lose our ability to love. There is meaning to our planet. Yes, some beautiful oceans and lakes make us feel at ease. Yes, some countless forests and gardens radiate ambiance for rejuvenation on a stressful afternoon. Yes, there is exotic flora and fauna that creates a colourful image for all people of different ages and backgrounds to see. These are all that make our planet, ours. But one aspect that we can never forget and is that the core of Earth is humanity. We as humans are the ones that appreciate the oceans and seas, forests and gardens and flora and fauna.

It is us that makes these iridescent aspects of life important.

We give this planet its identity.

For the betterment of the Earth, do we have your undivided attention? 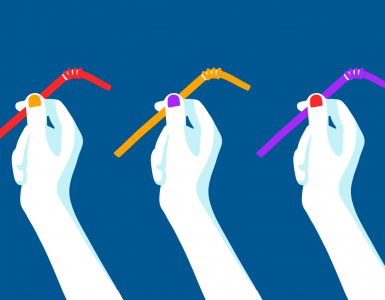 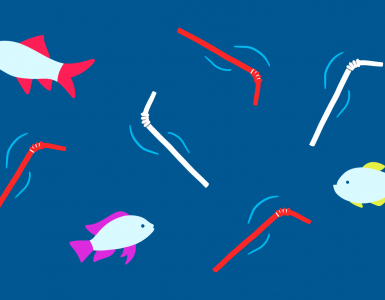 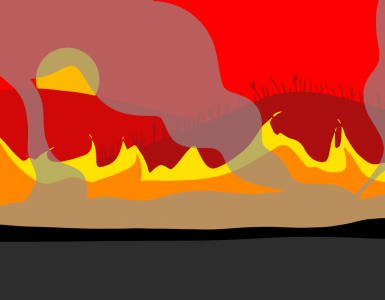 Words by Jahin, 19 NSW “I don’t feel safe leaving my children to this world” Those were the words uttered by my 75-year-old neighbour on the eve of the new year. A time of elation was met with tears streaming down his...