I am autistic. It’s a label to be proud of, but it also comes with challenges. Every autistic person is different, and so every autistic person faces misconceptions that can be upsetting and frustrating. Even those who think they are supportive of the autistic community will often make these mistakes. Here are just some of the statements autistic people hear constantly.

People think they’re paying you a compliment. What they’re really saying is ‘you seem so normal and put together that I never would have guessed that you’re autistic.’

This is why so many people hide their autism.

‘Masking’ is an involuntary reaction to social situations where neurodivergent people hide their autistic traits to blend in. ‘Masking’ takes a lot of mental energy. Complimenting someone on being good at it, leads them to not feel comfortable being themselves. ‘Masking’ consistently, can also cause burnout leading to depression and exhaustion.

Someone telling you that you don’t seem autistic ignores how hard you try every day to overcome the challenges you face. Things neurotypical people might find easy, like going to the supermarket or meeting new people, can be very challenging for autistic people. Some struggle greatly with sensory processing issues, where sounds, lights, and textures are incredibly overwhelming. Even holding a simple conversation can be difficult, as reading facial expressions and interpreting meaning in words can be very stressful. Everyone struggles with autism differently, but regardless of how it presents, everyone is struggling with their autism.

This is not a compliment either. What they’re really saying is ‘you seem just as intelligent and capable as the rest of us.’

Every autistic person has their own challenges, and the emphasis of seeming neurotypical as a measurement of someone’s worth is highly damaging. Autism can come with associated conditions like learning disabilities, and sometimes these people are referred to as ‘low-functioning.’

It’s called a spectrum because every autistic person is on it, not because everyone is on it. In order to be diagnosed with autism spectrum disorder (ASD), there must be some level of impact in social communication and interaction and have restrictive or repetitive behaviours (often linked to sensory issues). The spectrum represents multiple conditions that used to be diagnosed separately but was reclassed as a spectrum in 2013.

Someone with Asperger’s syndrome would have been described as a ‘higher-functioning’ individual who generally needed less support but are categorised as being socially awkward and having an intense absorption with specific interests.

Childhood disintegrative disorder referred to children who developed normally through the first few years of their life, but lose language, social and motor skills already learnt.

These were reclassed as all being part of a spectrum of ASD, and diagnosis is now reframed to represent different degrees of support a person may need.

This is another common misconception. Autism presents differently in girls, and it makes it difficult to pick up and diagnose. That doesn’t mean it is less severe, and it doesn’t mean girls and women can’t be autistic. A 2015 study showed males were four times likely to have autism than females in Australia.

But this isn’t entirely true.

Males aren’t four times more likely to have the condition, but they are far more likely to be diagnosed with the condition. This is because when the DSM-5 was written – a psychologist ‘handbook’ for mental illness – the criteria was based solely on research on autistic males. This means, while the average male is diagnosed at age four, females are typically diagnosed in their teenage and adult years.

Women may present more confidently in social situations, can be more emotional, and have less of a problem with maintaining eye contact. ‘Masking’ is something that is largely attributed to autistic women, where they can blend in socially by preparing conversations in their head and copying behaviours of their peers. Generally, autistic males struggle with this more, meaning that their autism may be easier to spot and diagnose. The reality is, it isn’t exactly clear what the percentage of males and females that have autism are, as females are severely under diagnosed. Current estimates range all the way up to 2:1 (two males to one female with autism).

It is true that diagnoses have increased significantly in recent years. In Australia since 2009 there has been a 79% increase in children diagnosed with autism, and over the past 70 years the rate has increased from 4 in 10,000 to now what is estimated at up to 1 in 70.

This might initially seem to be troubling. Why are there so many more people being diagnosed with autism? Well, it is a number of factors. Through improved awareness, further researched diagnostic criteria and better screening tests are just some of the factors that have led to autism cases being better detected. It doesn’t mean the autism criteria has gotten lax. To be diagnosed, you must have presented symptoms from an early age, have significant impairment on function, as well as meet the requirements for at least two of the three social communication categories, and two of the four restricted, repetitive behaviours in the DSM-5. Autism can be diagnosed at any age, but autism cannot ‘come on suddenly.’ Even those diagnosed later in life, still present symptoms in childhood – though they may have gone undetected.

While DSM-5 is certainly not perfect, and foc­uses on a male-based diagnosis, it is still the current method of diagnosis.

You’ve met someone with autism? Congratulations! That means you have met one person with autism. We’re all different, just like neurotypical people. It’s called a spectrum for a reason, and if people have associated conditions such as ADHD, OCD, or intellectual disabilities, they will present with vast differences despite all being autistic. You don’t have to meet every diagnostic criterion to be autistic, so some autistic people might not present in the stereotypical way.

Each autistic person has different needs. Talk to them and adjust your behaviour accordingly. Common issues autistic people have are sensory issues, so try to make sure noises aren’t too loud and there aren’t too many bright lights. Social interactions can also be very overwhelming, so don’t be offended if an autistic person doesn’t make eye contact or goes quiet or non-verbal. Large crowds can also be very overwhelming, so maybe arrange to meet in quiet, less busy settings. These are just a few examples, but again everyone is very different! Talk to autistic people and ask what they need!

There are also plenty of great resources online to educate yourself about autism and the suitable language surrounding it.

There are a lot of misconceptions surrounding autism.  In order to be an active ally (and not part of the problem) listening to the needs of autistic people. It’s an amazing way to help make the world more inclusive for neurodivergent people. 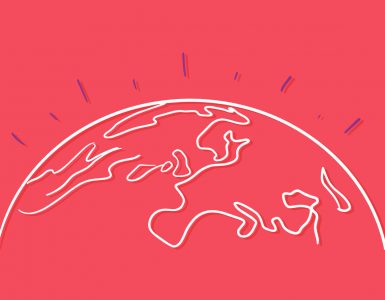 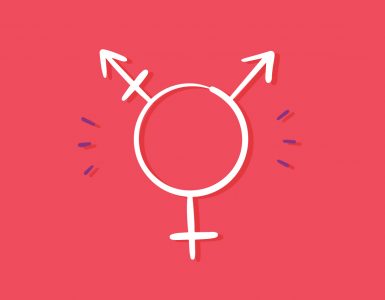 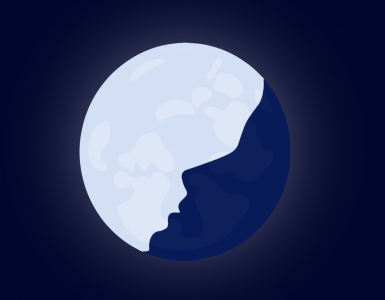 Dark of the moon

Words by Jahin, 20 NSW Welcome to the inside of my mind,A mansion of memories, that sometimes feels hollow,Cracks and curves,Embellishing the nature that swirls around it. Here you will find one of two things –The...