Plebiscite One Year On: We Are Not Done Yet

It feels surreal that the plebiscite was only a year ago. It still feels so raw. I remember how it felt every day during that period of debate. Carrying the weight of uncertainty and feeling more a minority than ever. I remember feeling like I had taken steps back. The year earlier I had worked so hard on coming out, being involved in queer spaces and really figuring out my sexual identity. I told my parents, attended queer events and openly advocated for queer rights on and offline. And then the plebiscite came.

I felt exposed and vulnerable. I remember turning on the news and hearing people spout hate speech about homosexuality and queerness being ‘unnatural’. I remember going out with my friends and being yelled at when walking down the street holding my friends hand. I regressed. I didn’t want to tell people I was queer and have them weigh in on my worth. Everyone thought it was an open debate and it was ‘just politics’ – but it wasn’t just politics, it was and is my life. I felt like in every conversation I was torn between being quiet and betraying my community and coming out again. It was exhausting and to be honest, eventually I just wanted to hide away until it was all over.

But then we got the vote and it was one of the best days of my life. I breathed a huge sigh of relief.  We all said, ‘phew, it’s done. Now we can move on’.

A year on and it feels like it should all be over, but of course it is not. We have just brought in a Prime Minister who openly voted no and encouraged others to do so. And we have an ex-Prime Minister, Malcolm Turnbull, who has claimed he delivered “marriage equality” through a ‘hugely successful’ postal vote. In reality he put the mental health and wellbeing of LGBTQI+ Australians at risk for political gain. We once again have people taking credit for queer activism and the advancement of queer rights. People acting like it’s all finished. It is not over and we are not all free. Transgender identifying people in Tasmania and the Northern Territory still need to get divorced before they can get their gender changed on their birth certificate.  Trans people in all states still need to have gender affirming surgery before being legally recognised as their preferred gender. This puts the onus on trans people to meet the standards of cis-heteronormative society and go through major and expensive procedures just to be afforded the same respect as other Australians. Research suggests 60 per cent of trans males and 50 per cent of trans females reported having depression, with gay men, lesbians and bisexuals also experiencing generalised anxiety disorder at significantly higher rates than their heterosexual counterparts. Match this with severely stretched services particularly in rural and regional areas, and we have a lot of work to do. We are not all free.

Today, I have a wonderful girlfriend and we always hold hands when we walk down the street. I am openly out, proud and very engaged in the queer community. People stare and yell at me (and us) less. I met her mum (not as her friend) and we talked about national parks. Things feel better. But they’re not over. There is still so much work left to do around queer activism in order to lift up all members of our community. We need to build on the work of the real heroes (not you Turnbull) in queer activism. People like Marsha P Johnson, a revolutionary trans woman of colour who led the Stonewall Riots and advocated for homeless trans youth. Or the Mardi Gras 78ers who were imprisoned and bashed by NSW police for protesting for their rights. We need to keep working, keep pushing, and keep honouring the work of these queer people who risked it all so we could get married and hold hands down the street. We might feel better, but we cannot stop until we are all called the right name and treated the same. 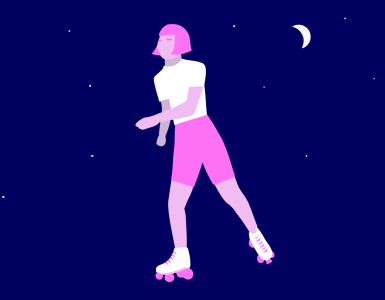 Words by Kyara, 22 VIC I’m eight hours away from home at a festival celebrating the city of Adelaide’s 60th birthday. Crowds mill about, taking in the art displays and the food vans in the street. It’s easy to lose... 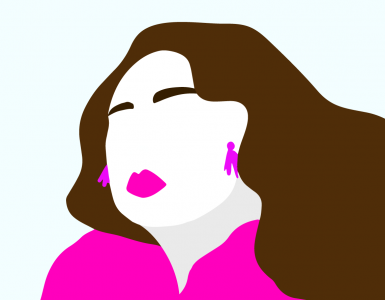 Words by Georgie, 28 VIC Sit down with your beverage of choice, put your phone on flight mode and read this inspiring story. Lauren from the WhyNot team sat down with Shulah – a young transgender woman from Melbourne to...