The Holy Trinity of Useless Advice

Every depressed person has heard, what I call, the Holy Trinity of Useless Advice: eat well, sleep well, and talk to your doctor.

Now don’t get me wrong; this isn’t bad advice. Changing physical habits to support your mental health can be very helpful when in the depths of anxiety and depression. The problem with the Holy Trinity is that it’s useless in its vagueness and patronising in its simplicity. We all know we should be eating well, sleeping well, and seeking professional help. But ‘do exercise’ and ‘eat well’ are useless pieces of advice when you can barely get out of bed or off the couch. You might as well say ‘have you tried feeling better?’

When depressed, easing the physical symptoms won’t fix your problems. In my experience, what it will do is make you better equipped to deal with them; it gives you a fighting chance.

So, what is useful advice? Well, the best thing I was ever told by a psychologist was this: have low standards. This idea sounds strange because it’s actually pretty counter-cultural; we’re often told that we don’t just need to succeed, but excel. Yet, if you keep banging your shins on the bar when it’s set low, how are you going to take the hurdles?

Personal hygiene is a deeply unsexy topic, but it’s an important one when talking about mental health. Have you ever gone to work for three days in a row without showering? I have. For many with depression, the lack of motivation to bathe is so well-known that it’s a meme. For me, the thin veneer of slime and grime that built up on my unwashed body lent credence to the internal narrative I was building; I feel like a human garbage fire so why not smell like one too?

The only times I would break this self-perpetuating cycle was when I reached a point where I could no longer mask the smell. Interestingly, when I did hop in the shower it felt so good. Why did I put it off again? Oh yeah, because of the complicated ritual ablutions that had to be performed once I was in there. But, I came to realise, it’s okay if you can’t bring yourself to wash your hair, or even use soap on your body. Just standing under some warm running water, or soaking in a bath, had a marked effect on my wellbeing (and my body odour). As someone who rides the rollercoaster of anxiety and depression, a warm shower can do wonders for relaxing my anxiety-tightened muscles. Set the bar low; the goal is to get in or under some water at least once a day. It doesn’t matter what time or for how long. Remember, nobody is judging you on your shower performance.

Nutrition, a sexier topic, is my next port of call. The problem with nutrition is that it’s too sexy; everyone and their dog has advice on how to ‘eat well’. Do you go paleo, cut sugar, try the 5:2 diet, go carb free, gluten free, dairy free, do you go on a juice cleanse? Unfortunately, these plans ignore the fact that any kind of complex food routine is beyond the capacity of many people in the depths of mental illness.

You want my advice? Add a vegetable to your day. It doesn’t even have to be multiple vegetables; just a single vegetable will help. (I told you my standards were low.)

At one point, during the worst of my depression, I realised I had gone a fortnight without eating a single vegetable (or if I had, it was incidental). This kind of thing is not uncommon in people who have depression. Nutritionally insufficient diets, which often plague depressed people, can manifest as either under eating or binge-eating. So if you’re not eating a lot, just add a vegetable! If you’re eating a lot, but it’s not nutritionally rich, add a vegetable! Importantly, make sure you eat them in a way that is palatable to you. When I applied this approach to eating healthier, my energy levels improved measurably. With increased energy, I was much better equipped to handle severe episodes of depression and anxiety. It only takes a little bit to break a downward spiral and turn it around. Even if it’s covered in cheese sauce or dipped in hummus, every veggie you eat is better than one you don’t.

Exercise is hard. Even when you’re well. Unfortunately, when I’m depressed my limits are very restrictive. The way I got around this was to reverse-engineer the idea of exercise. The question is: what is exertion for you? For me it was things like doing the laundry, standing in the shower, or the vacuuming. If that’s stretching your boundaries, well then that can be your exercise! Our muscles get used to not being used, and even getting up and walking around the house can help counter this atrophy. Doing laundry, grocery shopping, and cooking dinner became my go-to ‘exercise’ tasks. My goal wasn’t to get fit or lose weight, but hovering somewhere just above ‘don’t become a gelatinous blob’. Small victories help stop the demoralising feelings of failure, often foisted upon us by our own depression. If you need to take a break afterwards, that’s also fine. Have a short nap after you do the dishes – you deserve it!

Finding the mental energy to talk a doctor about psychological health issues can be hard. The good news is even if you’re not quite ready to have the ‘hey I think I might have depression’ talk, there are some ways a doctor can help you.

My depression was closely tied to insidious and crippling fatigue, so I went and spoke to my doctor about it. Turns out that even though I didn’t have any technical ‘deficiencies’ my D and B Vitamins were on the lower end of ‘normal’. I also have some hormonal imbalances that I’m sorting out. Resolving these issues has not been a panacea for all my woes, but I do feel a heck of a lot better than I did before. Like with the veggies, I finally have some energy to help me keep the black dog tied up. So, if fatigue is a symptom you’re experiencing it can be useful to talk to a doctor and get some bloodwork done. There are many physical conditions that feel like, or exacerbate, mental health conditions. Even if your depression is complicated to solve, some of these other conditions may not be.

It’s hard to look after yourself when you don’t feel like you’re worth looking after. However, taking small steps and setting the bar low can help break the downward spiral of depression and anxiety. Unattainable goals lead to failure and demoralisation, which is just a way of kicking yourself when you’re down. This isn’t to say the bar has to stay low – it probably won’t. The Holy Trinity of Useless Advice is a good long-term goal, but it’s often presented to people as what they need to do immediately. This is, for many, setting them up for failure. You need to do what works for you and helps you get better (even if that means ignoring everything in this article!). 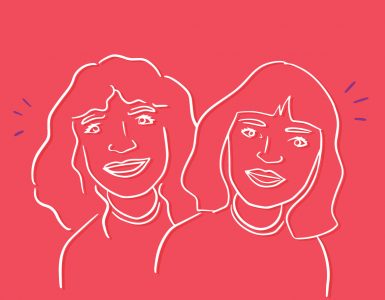 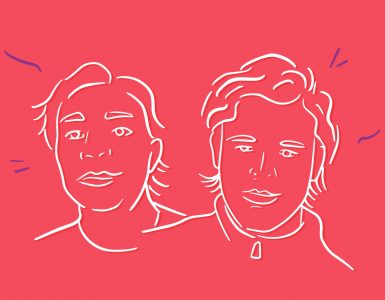 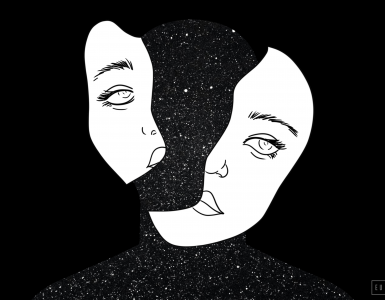 Artwork and words by Emily, 25 VIC Artist statement Now that vaccines are available and restrictions are being lifted, everyone seems to be excited about taking off their masks. As someone with an anxiety disorder, “my...