The ATAR Benefits No-One: Reflections of a ‘High-Achiever’

Words by Mark, 21 VIC, You can read more work from Mark on his blog – www.pocpathways.com

Four years ago, I completed the VCE. I spent Year 12 taking the right subjects – maths, chemistry and high-scaling foreign languages – and making all the right sacrifices to get the highest possible score. A second language instead of the Music Performance subject I loved. More practice essays instead of going to a movie on the weekend. Skipping rehearsals for extra maths homework.

I don’t regret it exactly – how could I, when I ended up with that supposedly ‘perfect score’? – but life since then hasn’t exactly been linear. I’m still at university, but recently I’ve started seeing friends drop everything for a passion project, former classmates start their own businesses, and many of my peers get jobs that I couldn’t imagine doing. As I listen to lectures, taking notes as diligently as I always have, I can’t help but wonder how my life would be different, whether I’d know myself a bit better today, if my ATAR wasn’t the be-all-and-end-all of over a decade of schooling.

It’s bizarre, but that is the reality for every Year 12 student in Australia, whether or not it affects you the same way it affected me. The ATAR is a reductive and myopic system, boiling down so much into one four-digit number, and Australia is totally alone in this. For example, America uses extra-curricular information and written statements for university admission. Hong Kong takes those and adds three years of academic results into consideration.

I was lucky: the subjects I was good at and the way they were assessed in Year 12 worked for me. For some of my peers, not so much. For all of us though, the ATAR felt like the end, not the beginning. Everything came down to that one number, and what lay beyond it felt impossibly distant.

I don’t know if I could’ve predicted where I’d end up: in a Bachelor of Arts and a Diploma in Music. I remember feeling so uncertain about starting my degree, and I can only imagine how the Class of 2020 is coping now.

It’s heartening that the Victorian government has broadened special consideration provisions this year, and implementing a tutoring catch-up program next year. It means we’re finally grappling with the flaws of the ATAR system, even if it took a pandemic to reveal them. We are recognising that individual circumstances, particularly mental wellness, are hugely variable, yet incredibly impactful on young people’s learning.

However, young people’s vulnerability to mental health risk has been well-documented for years. According to a joint report from Mission Australia and the Black Dog Institute, the proportion of young people experiencing mental illness increased from 18.7% in 2012 to 22.8% in 2016. One of the top causes? School and study.

It’s also concerning that young women and Aboriginal and Torres Strait Islander young people are most affected by these psychological repercussions, and those inequalities undoubtedly bleed into their learning. This has only widened as 2020’s digital classrooms make incredibly taxing demands of them, as well as their teachers and families.

But again, the pandemic hasn’t created these issues – it has revealed and exacerbated them.

The ATAR disadvantages some students more than others. It disadvantages those with mental health vulnerabilities as well as those who cannot access technology and other resources, and COVID-19 has sparked a reckoning with this like never before. While the government is adapting as best it can, why not think bigger? Nibbling at the edges won’t change the fundamental problems: the ATAR is still inequitable, and it leaves all students with little understanding of themselves, their skills and their interests.

In another universe, I might’ve had no idea that my interests were in Arts. I might’ve caved to pressure to study medicine, a degree I probably wouldn’t have loved, so as not to ‘waste’ my ATAR. And though I had a degree in mind, I knew so little beyond that. In my degree, I’ve switched majors three times, all the while encountering people who were maybe more well-adjusted people who hadn’t devoted themselves so completely to one number thatthey neglected fostering that sense of self.

A more rounded assessment would’ve helped me figure that out, and I believe it would help many students no matter their results or aspirations.

One way forward might be a ‘learner profile’ as proposed by the Education Council review in June. This would capture students’ individual skills, capabilities and interests in Year 12 which would shape subject selection and broaden their achievements beyond one score. It could then become an ‘education passport’, a record of courses, professional development and other learning opportunities, that stays with students throughout further study or work.

Such a shift would benefit educational institutions as much as students: it would help universities and TAFEs understand students, but it would also provide a richer foundation for young people to understand themselves.

COVID-19 is forcing us to grapple with the hard truth that the ATAR, though efficient, is also highly myopic. As it stands, the current system doesn’t create long-term benefit for anyone – neither its greatest beneficiaries nor those most vulnerable to its inequities. As the Victorian government begins to adjust and personalise assessment this year, let’s use this as a starting point for a more transformative change. 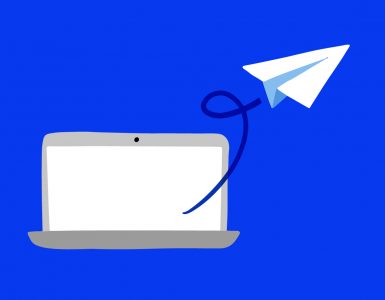 What if you could write an honest cover letter? What would it say? Are employers putting too much weight on the contents of cover letters? 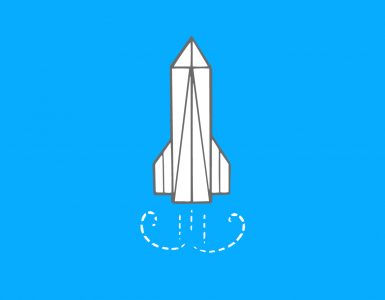 Words by Becky, 19 NSW   Finding success when you are not built in the eyes of corporate perfection – an analogy   If I ever build a rocket, I would make it out of paper.   I’d make it forty sheets thick and...