I’m one in four: the education system.

I count to four as I breathe in and out. I have learnt, the caring sector is not for the faint-hearted.

As a year nine student wheels himself onto the veranda on the chair he’s just stolen from behind my desk, it’s not the chin wobbles I’m worried about, but a deep pulsating rage. As student after student leaves the room without permission, or refuses to put their phone away, I’m worried I’m about to lose my shit.

I’ve broken down sobbing in front of this class before when I covered an internal relief lesson for a colleague on leave.

I started seeing a therapist in my fourth and final term of teaching.

It’s no secret that the Morrison government has increased the fees of some university courses, while slashing others. The idea is to create a ‘job ready’ generation by simultaneously steering people into growing professions and away from degrees without clear employment outcomes. Caring professions such as teaching, nursing and allied health have all had drastic reductions due to an increase in industry need.

Initially the government’s plan made sense to me. After high school I completed a three-year Bachelor of Arts degree and subsequently struggled to obtain a sustainable, full time role. I was by no means unemployed, there were plenty of unfulfilling casual, contract and part time jobs that I slogged my way through. But nothing felt secure. In 2017, I was working four different casual jobs, and still struggling to clock enough hours to make a decent living.

This struggle drove me back to university, where I decided to go after a sure thing. I pursued a career where I would be in demand, where permanent positions were rife, and where the pay was incredible compared to what I had been previously earning.

I had been doing education-adjacent jobs for years: after-school drama teacher, tutor, baby yoga instructor (I wish that were a joke). Hell, in high school I used to proofread all of my friends’ assignments, and I enjoyed it. Although I had never really wanted to be a teacher, numerous people had told me I would be great at it. It seemed as though teaching would allow me to transition into a more financially stable adulthood.

The emotionally taxing realities of teaching make the money and the job security barely worth it. When students are hiding behind bookshelves, throwing desks around the room, swearing at you and each other or stealing stationery off your desk, you don’t give a damn about the money. You have to want to be there and you have to believe you’re making a difference.

My belief in the system and my ability to make a difference as a teacher was constantly challenged.

It was challenged when I had to fail students who started the year with low literacy levels, even though they had significantly improved, because they still couldn’t read or write at a high school standard.

It was challenged when I realised how underprepared I was to teach students with below year three reading levels.

It was challenged when I realised the inequality of the state school system—we had ancient laptops that barely worked, while state schools thirty minutes down the road had new technology , computer labs, a swimming pool and a new sports hall.

Maybe in a world where all students went to school fed and loved and cared for, anyone with a decent ATAR could be a teacher. In today’s world, they must have the social skills and the emotional resilience to deal with multiple setbacks, vulnerable individuals and challenging behaviour on a daily basis. It takes a special person to deal with the complex emotional and social needs of young people, particularly those who have experienced trauma.

I realised I am not that person.

And I don’t believe there’s any shame in admitting that and getting out.

I am an anxious perfectionist who wants to control every aspect of my working life—but the kids are different every day. My gut would clench every morning on my way to school wondering whether today would be a good or bad day. I couldn’t let go of negative emotions, or negative interactions with students; they replayed over and over in my mind, and the more stressed I became the worse I was at teaching. It wasn’t fair to let my own mental baggage interfere with someone’s education—good relationships with teachers dramatically increase student performance.

A good teacher needs to be adaptable and roll with the punches. Young people deserve talented, motivated educators whose enthusiasm for the job is obvious and unwavering.

Solving the teacher shortage crisis is not as simple as luring a large number of school leavers into the profession with reduced course fees. Teaching isn’t a job for anyone with a financial motive. It is about making sure those who do graduate are sufficiently prepared for and passionate about one of the most crucial jobs in the country that they will choose to stay in the system. According to an AITSEL report on early career teacher attrition rates in Australia, one in four teachers leave the profession within their first five years of teaching. Going into my first year of teaching, I did not expect to be a part of that statistic. But I know that the Morrison government slashing my HECS debt would not have been enough to convince me to stay in the industry.

Courses must be more grounded in the reality of the teaching, with more time in actual classrooms learning crucial behaviour management skills from veteran teachers. My hope is that grads are mentored and adequately supported when they first enter the profession.

In some ways I’m back where I started— I’m working a casual job, albeit in an industry that I like. I am hoping to work in education adjacent roles, as I do still care about students receiving a quality education. But I don’t believe I should be the one standing in front of the teenagers—I’ll leave that to this year’s graduates. 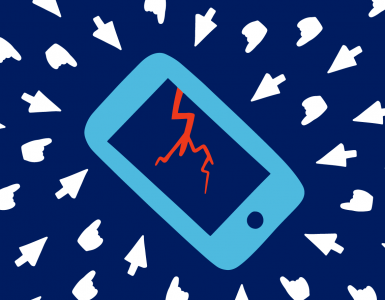 Words by S.H., 24 VIC This piece was a runner-up of the ‘Get Comfortable Online’ Creative Competition 2021. Disclaimer: This is a work of fiction. Names, characters, businesses, places, events and incidents... 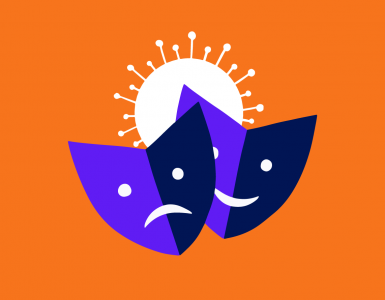 Words by Sweeney, 23 VIC There are some moments when you just don’t know how to feel or what to think. On March 13, 2020 I was at uni in Carlton. I’d just eaten an early dinner at my favourite spot near campus (shoutout...

Dark of the moon