We know what matters to young people because we are young people, so why not let us share your stories?

WhyNot is run by a volunteer editorial committee who are young, passionate, a little quirky and a lot enthusiastic about getting your work published for the world to see! We want to stand with you as you share your voice, and our team is committed to making sure that you are supported from submission to publication and beyond. 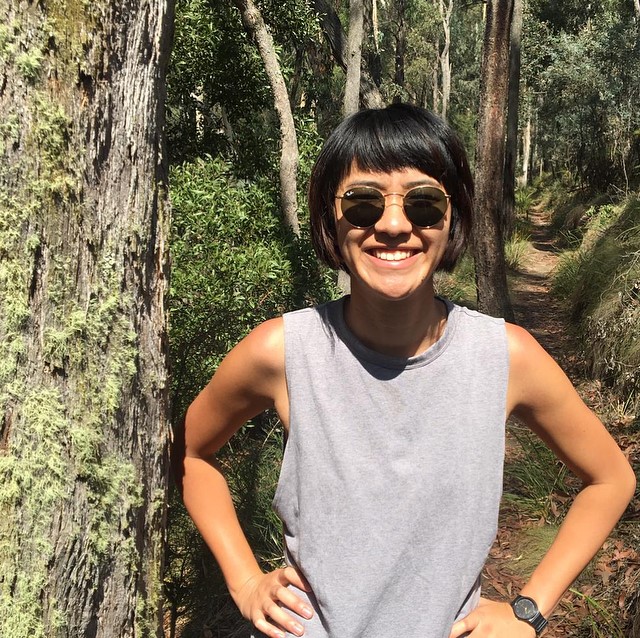 With a love for illustration and topical issues, Aileen first joined WhyNot as a contributing artist. Now, she’s a regular illustrator for the digital platform. After completing her bachelor degrees in engineering and design, Aileen initially worked as an engineer. Her struggle with the daily grind led to the birth of Cartoons for Sanity- a comic series that pokes fun at the bizarity of our day-to-day existence. Thanks to an existential crisis and a move into a career as a designer, Aileen has finally found her true passion. She hopes to use her illustrations to create conversations that allow other young Australians to tell their own personal stories. You can check out more of her work at aileenng.com. 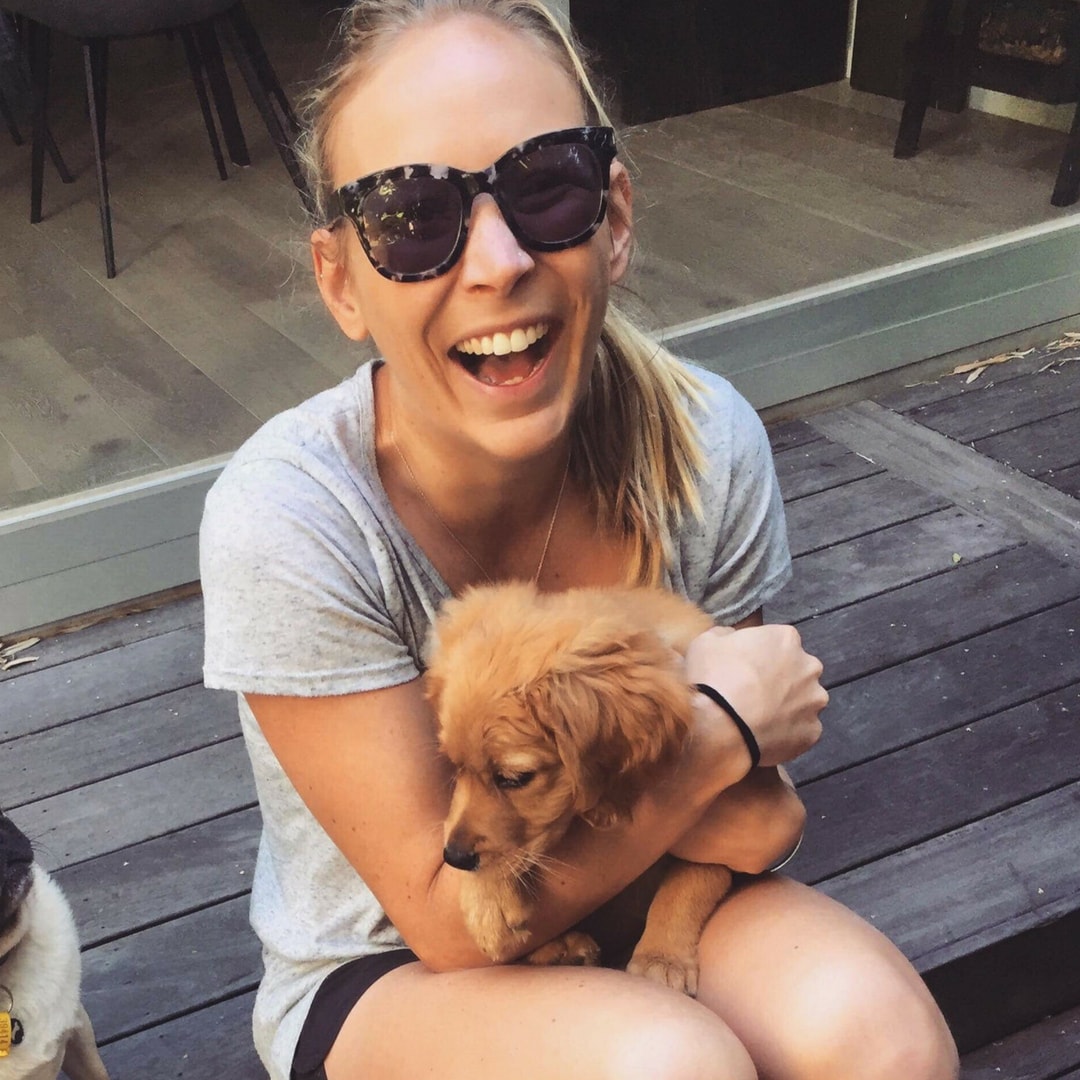 With a degree in Health Science and a Masters in Education, Georgie landed at Y Australia in 2015. Her love of travel has been met with opportunity as a Global Change Agent to connect with young leaders from the Y Movement across the globe. Having taught English for 6 months in a remote community in Vietnam, Georgie is impact driven and passionate about elevating the voices of young people. When she’s not planning her next overseas adventure, you’ll find her running (Forrest Gump style) in endurance events and being a helicopter parent to her labrador puppy, Chilli. 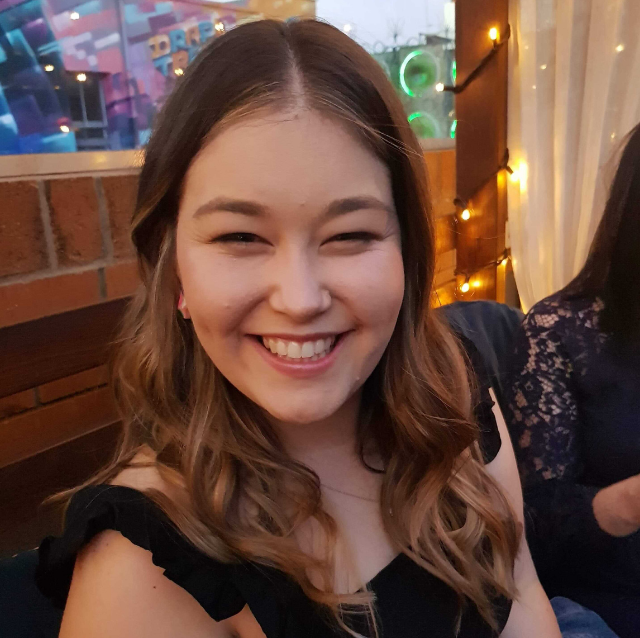 After stumbling through a business degree and reluctantly starting a law degree, Lauren finally found her feet in the world of creatives and chatterboxes, enthusiastically finishing a degree in Communications. Starting out in children’s television and then working alongside the amazing TEDx Brisbane team, Lauren discovered an appetite for sharing interesting stories and innovative ideas that excite and inspire. Currently she spends a lot of her days working with the WhyNot Editorial Committee as the Digital Content Coordinator to deliver content that is both relevant and thought provoking, building an online community of like-minded, inspired and passionate individuals. 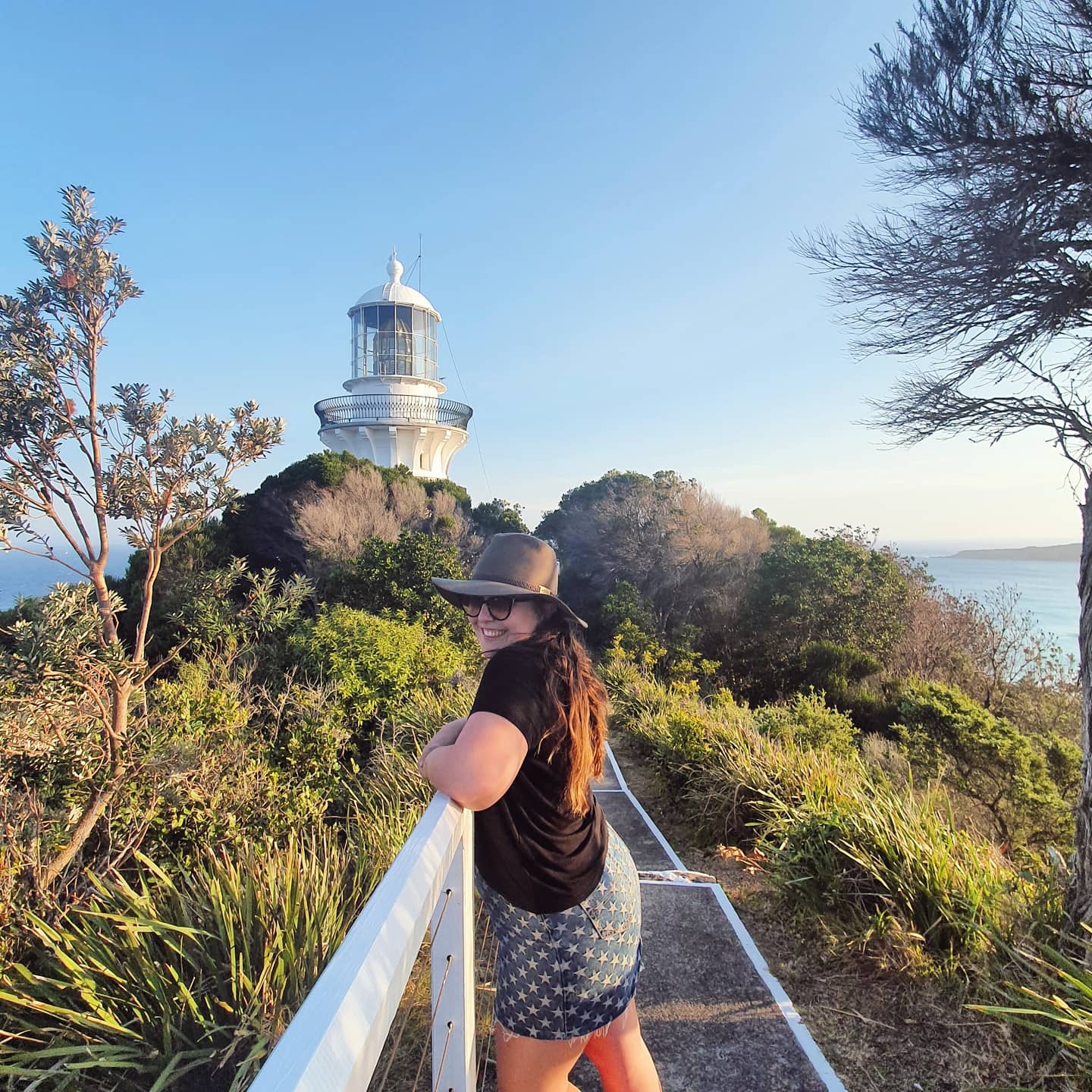 During school Maddie was definitely one of those art-nerds with baloney on their faces in Mean Girls... Now, true to form, she’s roller derby fresh meat, drowning in a seemingly self-multiplying urban jungle of houseplants and still a bit of an art nerd. Studying a Bachelor of Arts in Communications (Journalism) and International Studies (Germany), she started the professional grind reporting on agriculture and crime for a daily newspaper in regional NSW, before a stint as a Media Advisor to a Member of Parliament. Since late 2019, she has served as Media & PR Specialist to the Y NSW, where she works to combat the lack of authentic youth voices in the mainstream Aussie press. Maddie hopes WhyNot will become an institution where once marginalised voices can feel heard, respected, and proud. 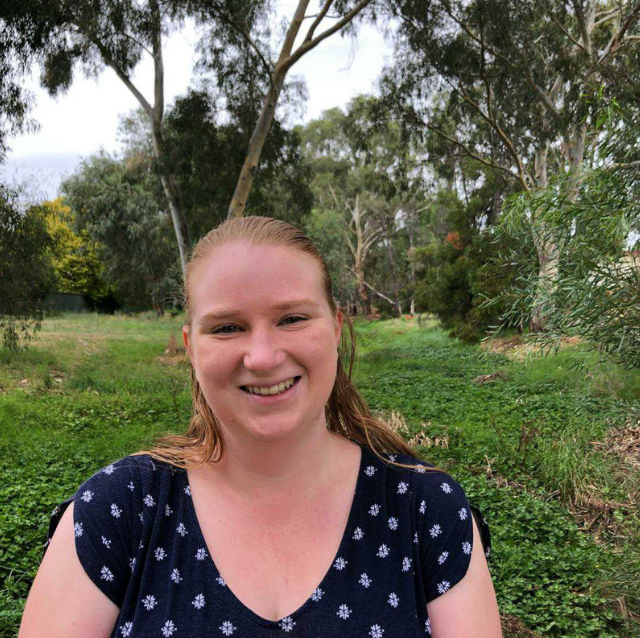 Lydia is a bookworm with a passion for environmental sustainability and youth empowerment. She fills her time reading, playing with her dog or studying for her next degree, and has become what can best be described as a “professional student” in her pursuit to become a librarian. She has a Bachelor of Arts degree with a major in English and a minor in History, her Master’s in Teaching, and is now working on her Library degree. For the last few years, she has worked with the Y in Bendigo as an after-school-care Educator. She is always looking to make a difference for those whose voices need to be heard. 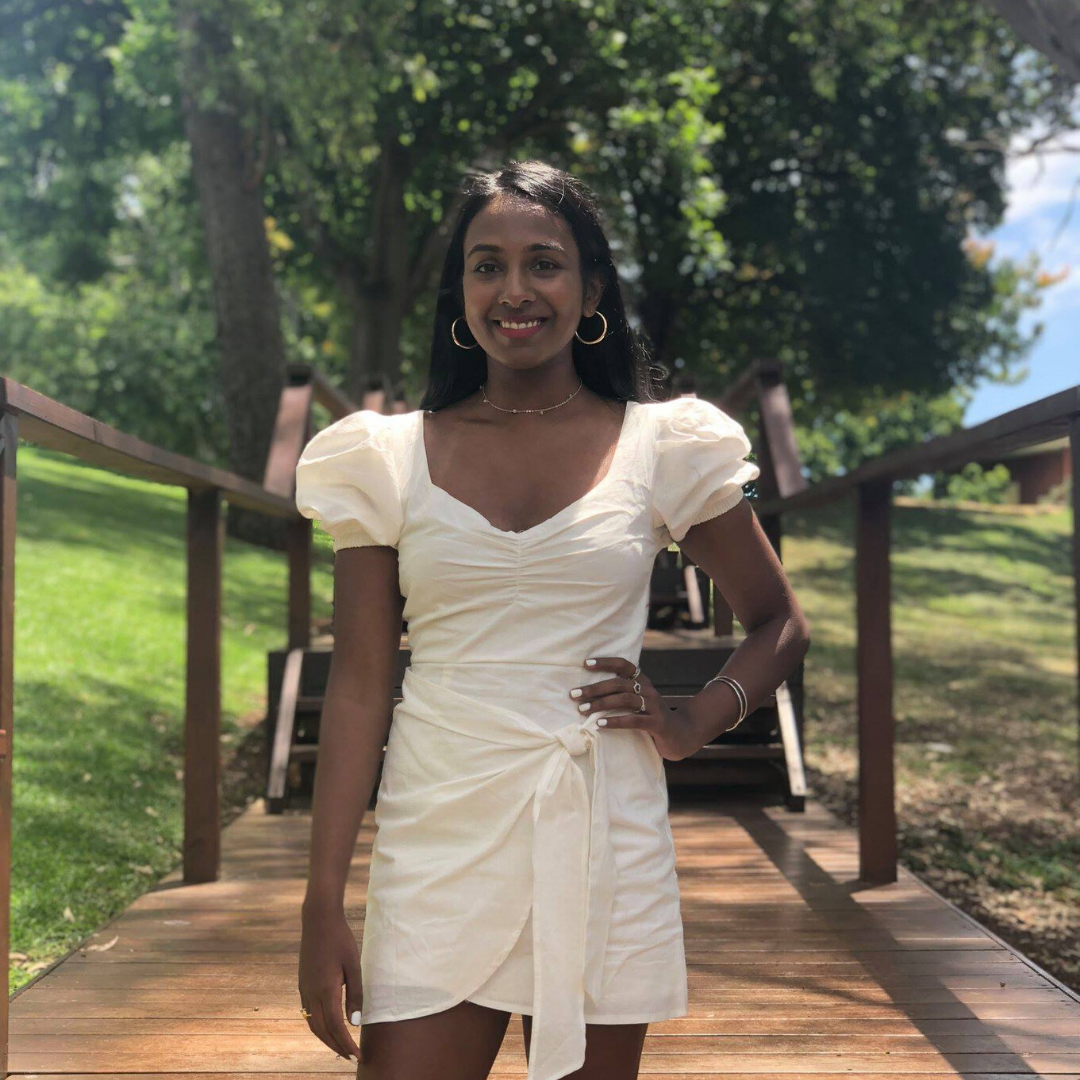 Priyanka, better known as Pinky, is a filmmaker, content creator and digital coordinator with a fitting degree in Media. Joining Y NSW in 2019, as the Digital Content Producer, she finds fulfilment in applying her talents towards a purpose. A proud Hufflepuff, Pinky can usually be found quoting cheesy chick flicks, trying to practise her slam dunk - emphasis on trying -, live-streaming baseball games, waking up too early to go to the gym, undoing her hard-work by satisfying her sweet tooth and having a boogie on the dance floor with her friends. Pinky believes that stories addressing experiences and issues that matter to young people are most meaningful when told by young people themselves. 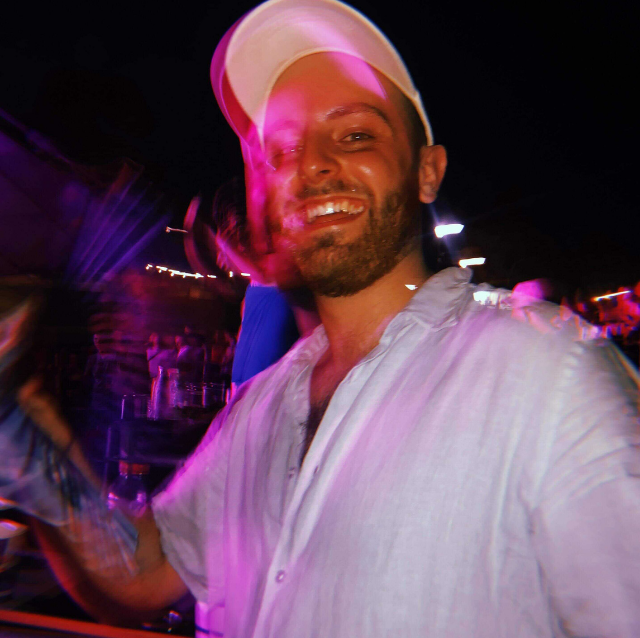 Alex is our resident jack of all trades (and master of none). Alex fumbled his way through a meaningless degree before pulling the pin with 12 months to go. He quickly gained employment with Y Vic and has since joined the Y Australia’s Office for Young People as a fierce advocate for the voices of young people. You can usually catch Alex at a live gig in Melbourne, decked out in his favourite social-advocate brands including HoMie, Clothing the Gap and the Common Good Company. 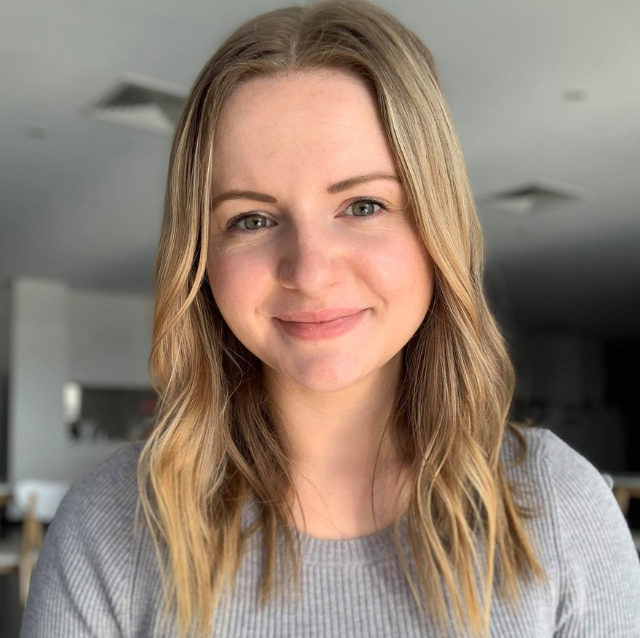 After landing a gig at the Y in 2017, Teri has done her best to get a foot in every door – quickly finding that she has a drive for empowering young people and providing opportunities for them to grow and use their voice. Opportunities like leading the Young CEO program on behalf of Y Australia helped her land her current role with the National Safeguarding Unit and introduced her to the incredible impact of the WhyNot platform. With a couple of half-finished degrees under her belt, Teri has finally settled on a Bachelor of Business with a Major in Marketing, having found a passion for creative communications – something she hopes to contribute to the Comms and Engagement team at WhyNot! 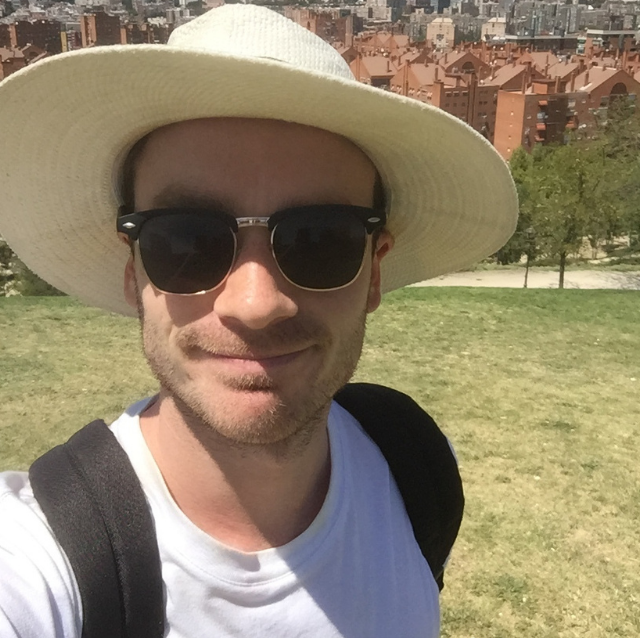 John arrived at Y Whittlesea way back in 2013 where he worked as a Lifeguard and Duty Manager while studying (winging it) at Uni. Graduating with a degree in Business and a Major in Marketing he left Y Whittlesea to do a short stint at an AFL Club. Wanting to return to the Y John took up a part time Marketing role (now full time!) at Y Whittlesea while also landing a part time Digital Marketing and Content Creation position elsewhere. He loves all things video and has a huge appetite for the emotion content can evoke in people. You can usually find him kicking a ball around or accidently going viral on TikTok. He is passionate about issues important to young people particularly climate change and employment opportunities and ensuring their stories are truly heard.

With a degree in graphic and communication design, Sam joined the Y Canberra at the end of 2020 after several years in the Melbourne design scene. A creative at heart, Sam has backgrounds in interior design, a love for illustration and photography, and a passion for using design to help, connect and inspire people and just generally make the world a better place. She is excited to get to the heart of what is important to young people in WhyNot. When she’s not creating a new design or planning out social media schedules, you’ll find Sam on her yoga mat, watering her indoor jungle of houseplants, planning a new adventure, or demanding love from her little cat, Truffle. 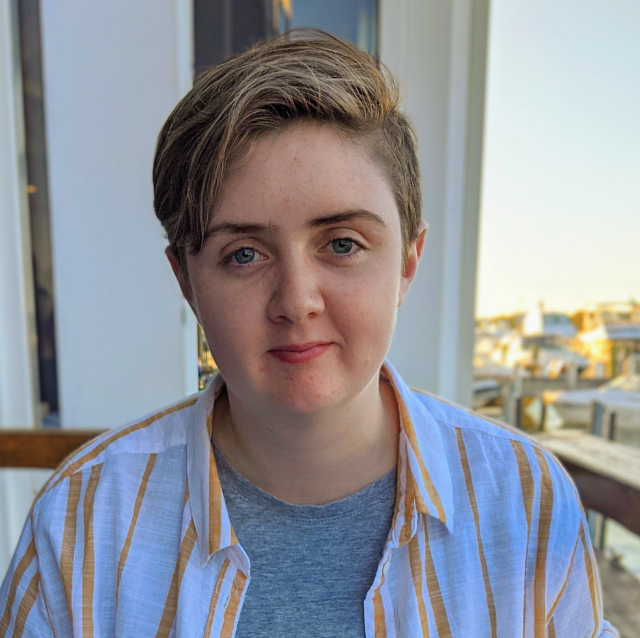 Rhegan started at Y WA in 2019 as a Business Trainee, completing a Cert III in Business, before moving into their current role as the Youth Advocate. With volunteer experience in community organisations, they are always keen to use their skills for a social purpose. You can usually find Rhegan planning their next camping trip and spending too much money fitting out other people’s cars with DIY camping set-ups. Their passion for coffee mugs has led to a takeover of every available shelf space in the house, and they’re not ashamed to look high and low in search of their missing work mugs. Rhegan believes everyone deserves the opportunity to be their authentic selves and is dedicated to creating safe communities for them to do so.